UHNM and The Armed Forces 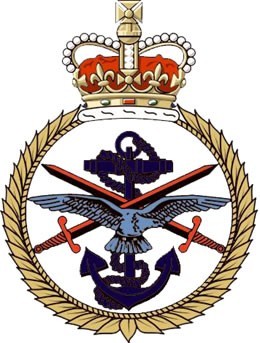 Our Trust is one of many NHS organisations from across the UK signed up to the Armed Forces Covenant and has received accreditation awarded by the Veterans Covenant Healthcare Alliance (VCHA).

The Veteran Aware mark highlights NHS trusts which have made a series of pledges around sharing and driving best practice in NHS care for people who currently serve or have served in the UK Armed Forces and their families.

Being identified as a veteran in your NHS medical notes will ensure you are able to access specific veterans’ health services, such as those for mental health, hearing loss, limb amputation and wheelchairs. Please ensure that you are also registered as a veteran with your GP.

All veterans are entitled to priority access to NHS care for service-related conditions; however, this is always subject to clinical need and does not mean that you will automatically be treated ahead of others who have a more urgent clinical need.

Please let a member of staff know if you, or your spouse/partner, have ever served in the UK Armed Forces so that we can best support your care needs.

Employed across both Royal Stoke University and County hospitals, there are several staff members who are active members of the Armed Forces and Reservists or Armed Forces Veterans.  The NHS and our Trust recognises the transferable skills and cultural values that the Armed Forces community develop during their time in the Armed Forces environment and how they are compatible with those required within NHS roles.

UHNM Trust has signed up to the 'Step into Health' national programme, designed to help all ex-Armed Forces personnel, veterans and their spouse/partner to join the NHS and we are a member of the Defence Employer Recognition Scheme (ERS) of which we proudly hold the highest achievable award (Gold).

What can you expect from our hospital 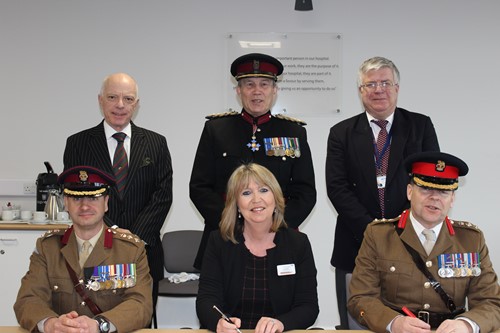 At UHNM we are committed to working together with the Armed Forces community to help serving members and veterans. The Trust has a very positive, long-standing relationship with the Ministry of Defence and we currently have a number of current staff who are either reservists or vetera​ns.

In February 2017, University Hospitals of North Midlands welcomed members of the Armed Forces to the Trust to sign the 'Armed Forces Covenant'.

The Armed Forces Covenant is aimed at promoting fair treatment for the Armed Forces community, removing disadvantage and ensuring that they get the same access to services as the civilian community. The Covenant also sets out the relationship between the nation, the government and the Armed Forces it recognises that the whole nation has a moral obligation to members of the Armed Forces and their families.

The two main principles are that:

What Are We Doing to Support Forces Veterans

Can a civilian service really help me?

We know that asking for help, and talking about your experiences in the armed forces, can be extremely difficult. But our friendly team of professionals is here to help you. We understand that many ex-service personnel worry that a civilian service may not be able to understand or help them, but our team is experienced in working with veterans and also works closely with other veterans' organisations across Staffordshire.

Meet our reservists and veterans

Employing Veterans within our hospitals

Are you keen to join the NHS or UHNM Trust and have the skills and qualities our organisation prides itself on?

The NHS can benefit significantly from the skills and experience Reservists and Veterans bring from military training and service.  As a Veteran Aware hospital we support the employment of Veterans and Reservists in the NHS workforce and we are signed up to the ‘Defence Employer Recognition Scheme’ and the ‘Step Into Health’ scheme.

Looking for a new career and have you considered the NHS?

UHNM is signed up to 'Step into Health' national programme to help all ex-armed service personnel, veterans and their spouse/partner to join the NHS.  The Step into Health programme has been created because the NHS recognises the transferable skills and cultural values that Armed Forces personnel develop when serving, and how they are compatible with those required within NHS roles.

Developed in conjunction with The Royal Foundation and Walking With The Wounded, Step into Health provides a dedicated pathway for the Armed Forces community to access the numerous career opportunities available in the NHS.

Step into Health is open to all Service Leavers and Veterans and their spouse/partner. It is an incredible opportunity in which employers are working with the Armed Forces Community to provide career and development opportunities within the NHS.

Find out more at here UHNM achieved the gold award in the Defence Employer Recognition Scheme (ERS) in 2019, the scheme encourages employers to support defence and inspire others to do the same.

To help achieve this UHNM signed The Armed Forces Covenant, which is aimed at promoting fair treatment for the Armed Forces community, removing disadvantage and ensuring that they get the same access to services as the civilian community.

Supporting staff who are Armed Forces Spouses or Partners

In accordance with our commitment to the Armed Forces Covenant, where practicable to do so, we will endeavour to offer a degree of flexibility in granting leave for service spouse’s partners, before, during and after a partner’s deployment.

Click here to visit our Working Here section to find out about work experience and volunteering at UHNM. You can also find our current vacancies and apply online.

There are many service charities and organisations available to assist Veterans. The Veterans’ Gateway is a first point of contact for veterans and their families. It provides information, advice and support by phone (0808 802 1212), text (81212) and online at www.veteransgateway.org.uk

Based in Newcastle-under-Lyme, the centre is run for veterans by veterans and they utilise a 'hub' based approach to supporting veterans in need. The centre has extensive links with local services and businesses such as SSAFA, Veterans UK, Walking with the wounded and many more.

More information on the service available to veterans and an easy to use service locator tool can be found on NHS Choices.

Discharged servicemen and women are able to access Defence Mental Health Services up to 6 months after leaving the armed forces.  It is important that once an individual knows their location after discharge that they register with a local GP as soon as possible.  This will enable better continuation of care and alert services of their needs.

Charities and organisations exist to help support veterans who are homeless. The Staffordshire Connects link below signposts to several local organisations that can help.

Their purpose is to facilitate Veterans and serving Armed Forces personnel to meet face to face in a relaxed safe, social environment to enjoy breakfast and banter, to combat loneliness and allow veterans to 'return to the tribe'. 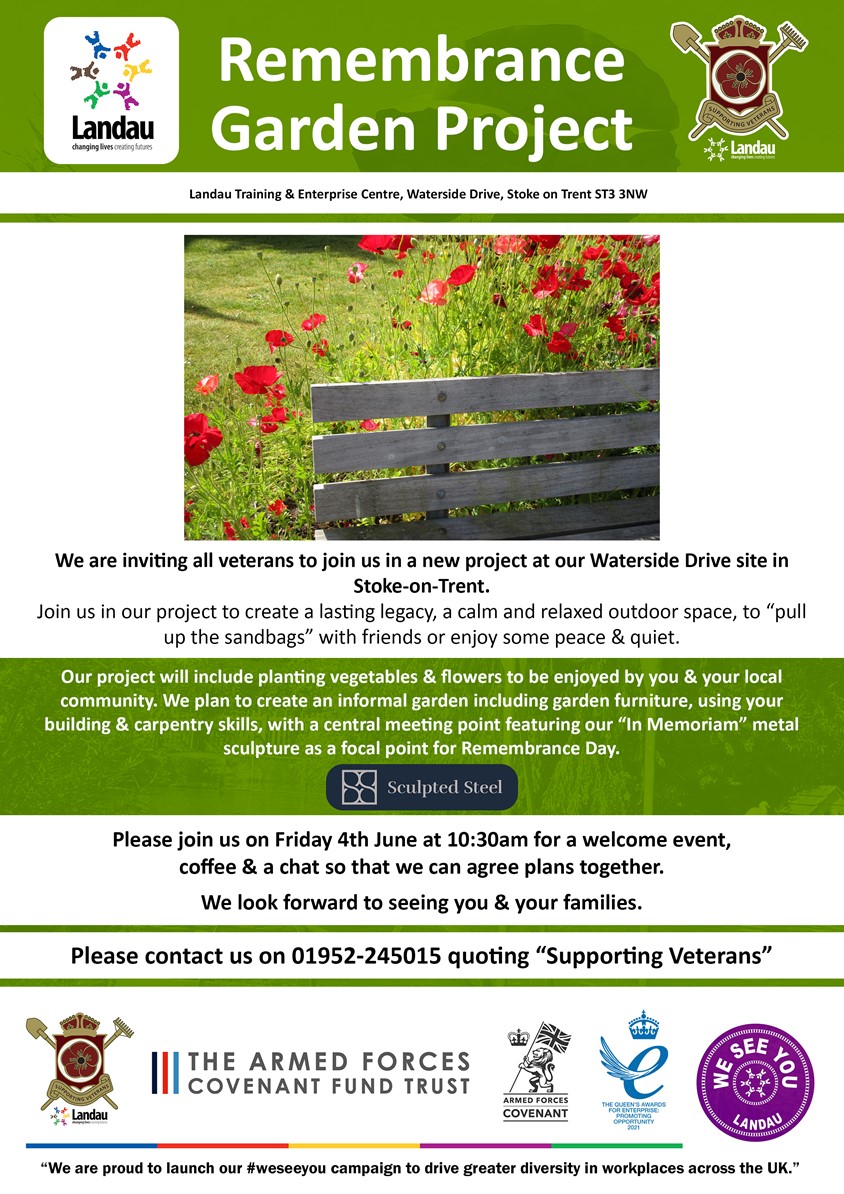 Make a Will with our free Will writing service - Click here

They provide a range of support aimed at serving and former RAF personnel and their dependants. This includes welfare breaks, grants to help with financial difficulty and getting about inside and outside the home, specialist advice on benefits and support with care needs, as well as support for young people through our Airplay programme. Take a look at a guide to their services.

Some of the benefits of joining the reserves are: 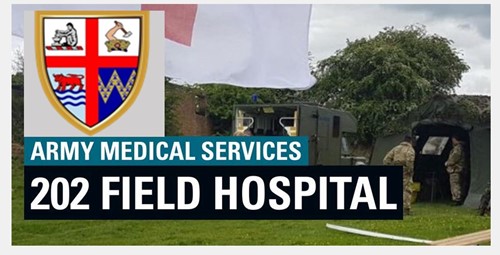 202 Field Hospital is a hospital that can be deployed anywhere in the world and set up using tents or existing buildings to provide medical care to soldiers and if need be, civilians, in the field.

The hospital has a proud history of service on the front line. It was the first Reserve Field Hospital during operations in Iraq and also saw action in Afghanistan.

It is made up of dedicated healthcare professionals including doctors, nurses and medical staff from hospitals across the West Midlands, Staffordshire and Shropshire.

WM RFCA is one of 13 RFCAs across the UK that came into existence at the same time as the Territorial Army in 1908.

Their role is to support the Reserve Forces and Cadets from the Royal Navy, Royal Marines,  Army and Royal Air Force within the counties of Shropshire, Staffordshire, Warwickshire, Worcestershire and Herefordshire and the Metropolitan Boroughs of Wolverhampton, Walsall, Dudley, Sandwell, Birmingham, Solihull and Coventry.

Home to over 1200 cadets and 200 adult volunteers in 38 detachments across staffordshire and west midlands.

Sea Cadets is different from school. There's a lot of learning. But it's done through activities – on the water and off the water – and our volunteers leading by example.

It's also different from home, a break from screens and being cooped up inside. The platform we offer is built on the customs and traditions of the Royal Navy. It inspires our work and commitment to supporting young people today.

Find a sea cadets near you - https://www.sea-cadets.org/