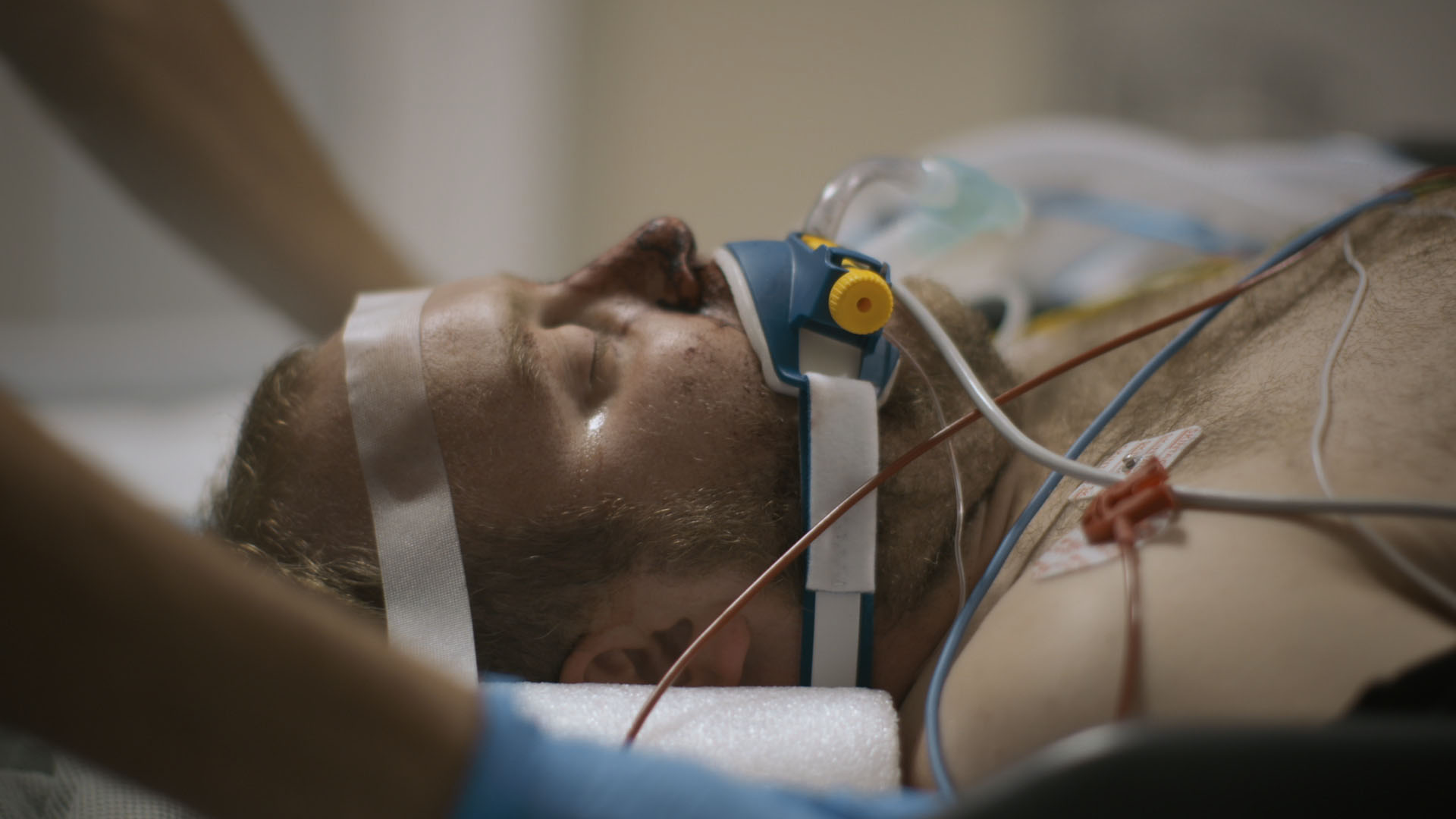 Daniel’s life hangs in the balance after a one punch attack in the street leaves him with a potentially devasting brain injury. Now unconscious, Trauma Team Leader Richard Fawcett quickly discovers he has a life-threatening bleed inside his brain and needs emergency surgical intervention.  Daniel’s family arrive at his bedside distraught but determined to be with him every step of the way.

Time is critical too for Michael, who has just been admitted having a cardiac arrest. The staff have just minutes to save his life.

Paul also faces a huge choice. He needs urgent lifesaving surgery as his aortic valve has torn. He is in danger of dying without warning, but the operation comes with huge risks.

Meanwhile a young man is brought in following a motorbike accident, with suspected internal injuries and a factory worker hopes the team can save his arm following a major accident with a circular saw.

This episode of 999 Critical Condition delivers an intimate portrait of life-saving medicine through the eyes of those who live it – the staff and the patients.

Series 2 introduced us to a whole host of incredible patient stories. Here are just a few of them​... 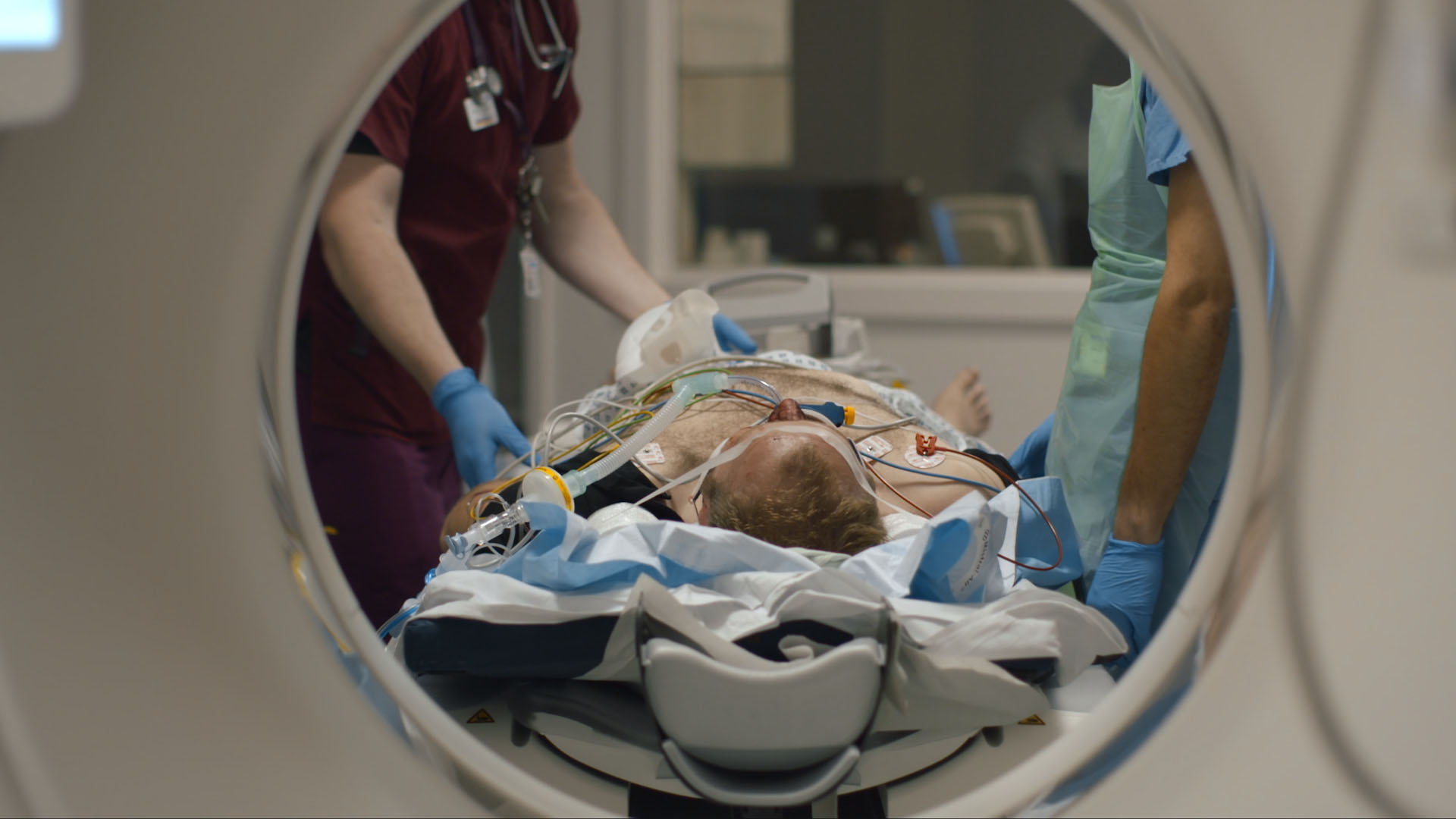 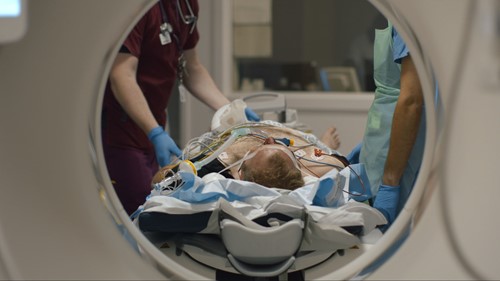 A 29-year-old man from North Staffordshire escaped death after being attacked in the street thanks to the life-saving nurses and doctors at the University Hospital of North Midlands.

Daniel Vickers, of Belle Vue Road, Leek was punched in the head while on a night out and rushed to the major trauma centre at Royal Stoke University Hospital with severe head injuries in July last year.

His brush with death will be retold in the first episode of the second series of 999:Critical Condition on Channel 5 on Thursday 24 September at 9pm. The ground-breaking documentary featuring the hospital’s clinical teams has received critical acclaim and follows in incredible detail the staff and patients as they confront the realities of emergency medicine.

Dan, who is a sports therapist at Stoke City FC Academy, said: “My first memory of the treatment at Royal Stoke was when I woke up and was asked if I knew where I was. I was totally numb and in complete shock once everything was explained to me. I was only in hospital for one week but I don’t think I realised or came to terms with what had happened until three or four months later.

“It has made me realise that you really don’t know what life is going to throw at you until something like this happens. This isn’t a film or television show, it is real life, it’s my life.”

Daniel suffered a bleed on the brain and doctors had to relieve the pressure in his head by drilling a hole in his skull and draining the blood. A year later following intensive physiotherapy, he is finally back on the mend, but has suffered many months of hearing and balance problems.

He said: “I have life changing injuries and am now severely deaf in one ear and moderately deaf in the other. I still get headaches and dizziness but I am determined to get back to work and live my life. I remember a doctor telling me when I was discharged that it would be long and slow recovery time. I work as a sports therapist and thought I can rehab myself but when it’s brain and skull you have to be patient and let it take time to heal.”

Daniel’s mum Yvonne Smith said: “The whole experience was totally surreal and I couldn’t believe it was happening. It was incredibly traumatic and if it wasn’t for the people who treated him at Royal Stoke he wouldn’t be with us today. It didn’t want to believe what they were telling me at the time but was thankful they were honest and upfront. It’s such an amazing place for head injuries and I can’t tell you how thankful we are to all the doctors and nurses involved in Dan’s care.”