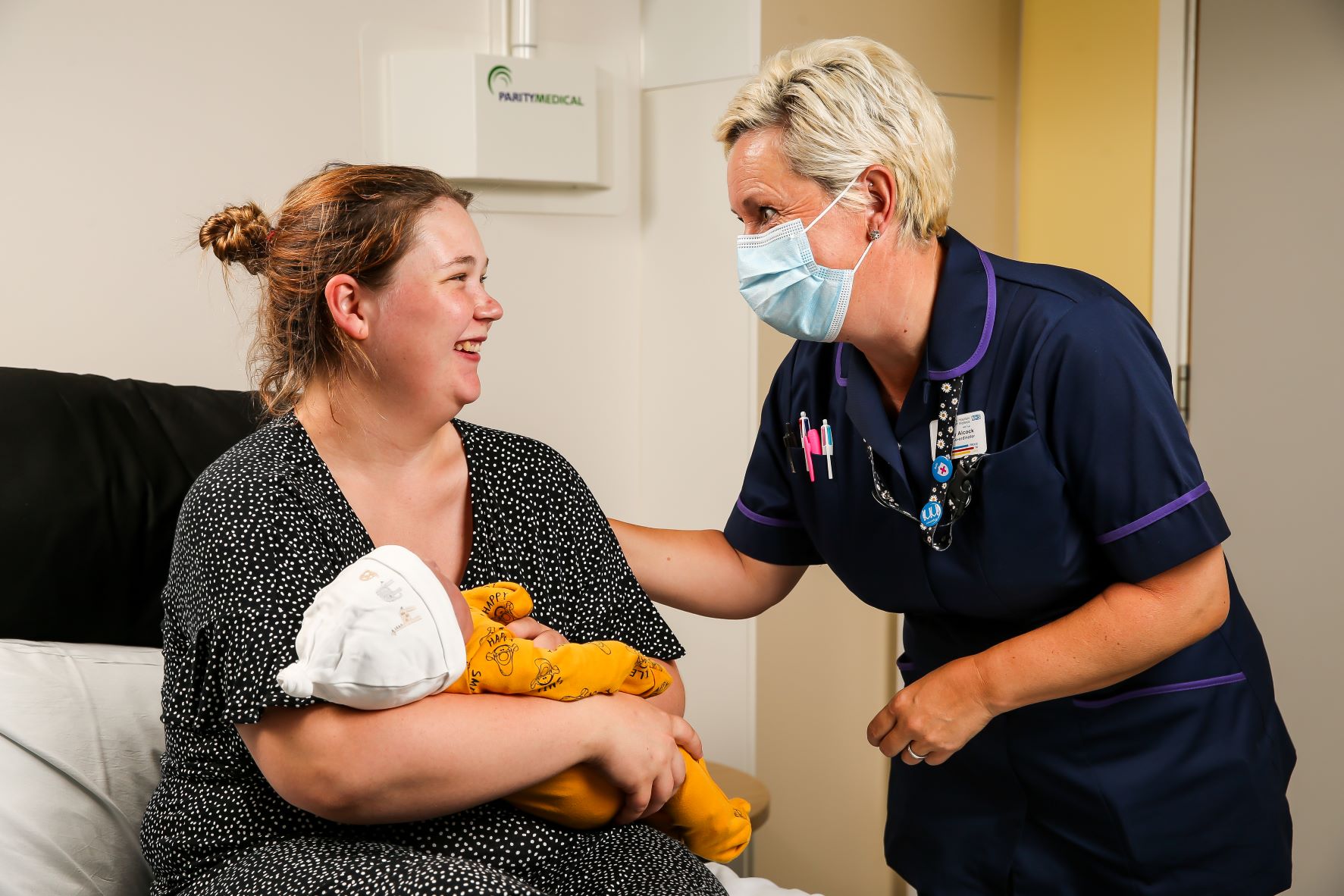 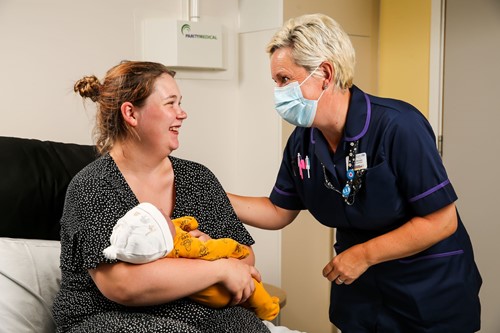 Maternity services at University Hospital of North Midlands have been rated positively among the 121 acute NHS trusts that took part in the Care Quality Commission’s (CQC) 2022 National Maternity Survey.

The survey results reveal the responses from women who had given birth during February 2022. A total of 233 service users from UHNM completed the survey, which asked questions about all aspects of their maternity care from the first time they saw a clinician or midwife, during labour and birth, through to the care provided at home following the arrival of their baby.

Sarah Jamieson, Head of Midwifery at UHNM said: “We were particularly pleased to see that our Trust had better than average scores in the survey’s national benchmarked findings for the following questions:

“We’re also pleased that 76% felt midwives were fully aware of their medical history, against last year’s 71%.”

She added: “We are plans to improve certain areas that were less positively rated. For example, fewer women reported they were given help needed by midwives both during the antenatal and postnatal period and given information about changes to mental health and physical recovery after having a baby. “

Ann-Marie Riley, UHNM Chief Nurse: “Given the considerable challenges that our maternity services have faced and the impact of Covid-19, we are pleased with these results. It is good to see the many areas where we are delivering great care, which is clearly valued by women and families in Staffordshire and Stoke-on-Trent.

“The feedback from the people who use our services is testament to our hard working staff. I am very proud of the care that our staff deliver every day to women and their families in Staffordshire and Stoke-on-Trent and I would like to thank them for everything they do.”

“However, we do recognise there are a number of areas where we need to improve and we are committed to listening to our women and families to ensure we make continuous improvements and provide the best pregnancy and birthing experience possible.”