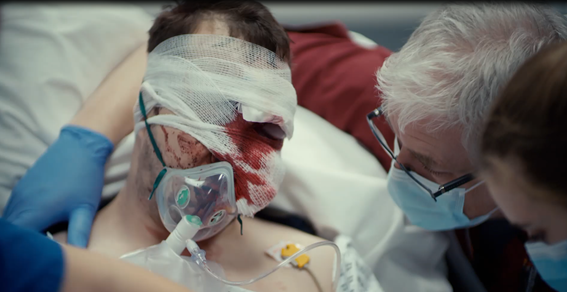 University Hospital of North Midlands NHS Trust is delighted its award-winning documentary, which takes an up-close look at the moments when critical patients in a life-threatening condition come through its hospital’s doors, is to return to television screens.

999 Critical Condition was filmed during the Covid-19 pandemic at the Royal Stoke University Hospital and follows the clinical team and their patients close up and showcases the relentless fast pace of the hospital’s daily workload.

Back for a fourth run the universally acclaimed series once again follows the work of the teams saving lives with split second decisions. Decisions that are often the difference between life and death.

The first episode of the new eight part series will be aired on Channel 5 on Wednesday 15 June at 9pm and will chart the vital interventions, decisions and actions that specialist consultants and clinical teams experience while delivering immediate life-saving care.

Embedded in Royal Stoke major trauma centre – one of the best in the UK - 999 Critical Condition follows the cases that matter most – the cases where someone’s life is on the line. Ground-breaking in its approach, each programme puts viewers at the heart of this battle for life – following staff and patients as they confront the difficult realities of emergency medicine.

Powerful and emotionally charged, 999 Critical Condition captures life in hospital at its most intimate – delivering an unforgettable portrait of life at its most precious.

In the first episode life hangs in the balance for metal engineer Simon Wright, of Cannock, (pictured above), who suffered devastating and potentially life-changing facial injuries following an industrial accident. In this powerful opening episode the hospital’s trauma team fight to save the father-of-one’s sight and to help him avoid infection, which could have catastrophic consequences.

“It was just a normal day at work when the accident happened. From what I’m told a sheet of metal slammed into my head under hydraulic pressure. I can’t remember anything about the accident or being taken to hospital.”

Simon, who is married and has a 10-month-old daughter, is now undergoing extensive reconstructive facial surgery and has recently been told that doctors may need to remove his eye. 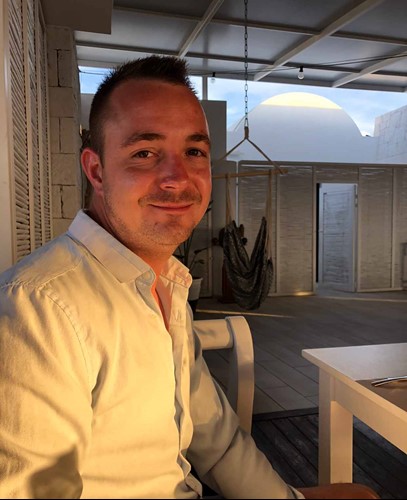 He added: “I have plates in my face to help rebuild it and I will find out about my eye at the end of this month.  Doctors have said that now is the best time to remove it if it does become necessary because it will be a smaller procedure. Obviously it’s not ideal, but if I can save myself a lot of pain, suffering and anxiety in the future I will do it.

“We are just trying to take things one day at time. It’s difficult at the minute because I don’t have a decision on whether or not I can drive.

“Everybody at the hospital was helpful and lovely. It made my stay much easier knowing that they were just nice people.

“I couldn’t fault the care I received – it was five-star all the way.”

Simon Wright out walking in Cannock Chase, Staffordshire, May 2022 – after the accident