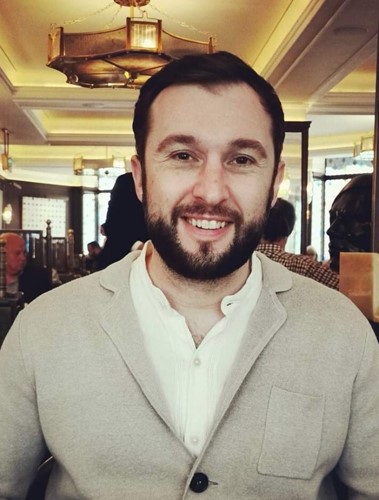 In February 2019, John Chadwick, age 40, from Oakhill was working as gym instructor when he was moving weights and started to feel lightheaded and faint. Initially going outside to get some fresh air, he fell to the ground and was unable to use his radio to contact his colleague, which made him think something was wrong.  John managed to get on his feet and alerted his colleague who suspected a stroke and called an ambulance.

He said: “On route to the hospital my face dropped so it was obvious what was happening to me. After scans and tests it confirmed I had suffered from an anterior circulation stroke. That night I was sent to theatre and had thrombectomy surgery.

“This surgery was amazing for me; I was up and about the next day and was able to be discharged. I have never been ill so for me this was a really shocking time. With the help of rehabilitation I was back in work within 6 weeks.

“The surgery really is remarkable and it ultimately saved my life.”

Thrombectomy is a procedure used to treat stroke patients at UHNM, which involves using a specially-designed clot removal device inserted through a catheter to pull out the clot to restore blood flow.  It can significantly reduce the severity of disability a stroke can cause to patients.

Another patient who has benefited from thrombectomy is Samantha Greatbatch, who suffered a severe anterior circulation stroke in March 2022.

Samantha, age 56, from Stoke, said: “I woke up in the morning and couldn’t stand at all. I knew straight away something wasn’t right and I needed to get to hospital quickly. Within a few hours of having my scans I was sent straight to theatre for the thrombectomy treatment which has been lifesaving for me.

“The surgery was a great success and I wouldn’t be here if it wasn’t for the treatment that was available to me. Everyone that helped to save me were amazing.”

Dr Indira Natarajan, Clinical Director for Neurosciences said: “Response times have been significantly reduced with the advancement of artificial intelligence in brain imaging which means patients are receiving their treatment earlier and faster.”

Although Stoke-on-Trent and Staffordshire patients are benefiting from this service, 80 per cent of patients in the UK currently miss out on this life changing service. Dr Sanjeev Nayak, Consultant Interventional Neuroradiologist has been actively supporting the “Saving Brains” campaign run by the Stroke Association.

Dr Nayak said: “Stroke thrombectomy is the most innovative treatment discovered in the last 50 years and UHNM are proud to have been it’s the pioneers since 2009.”