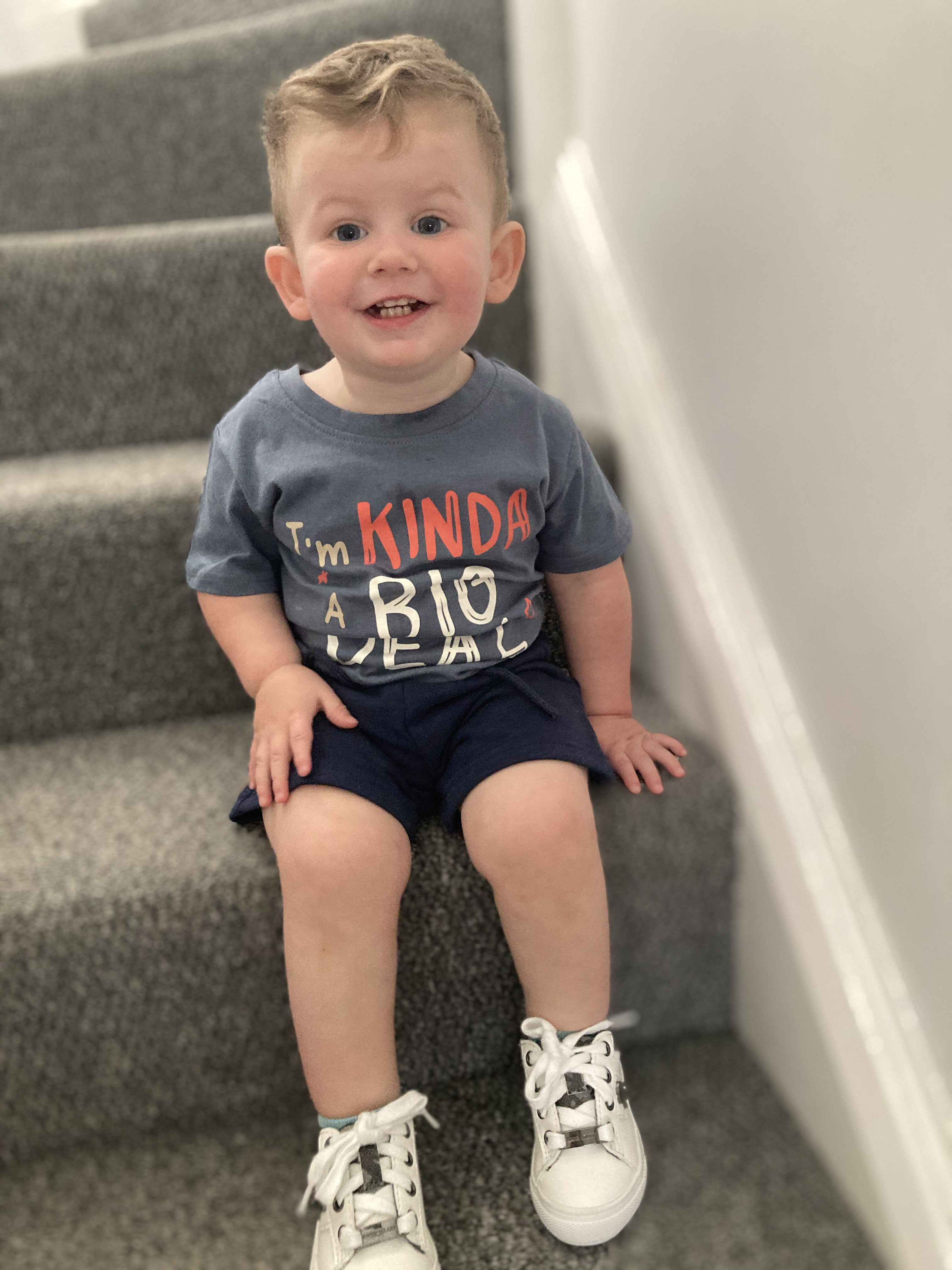 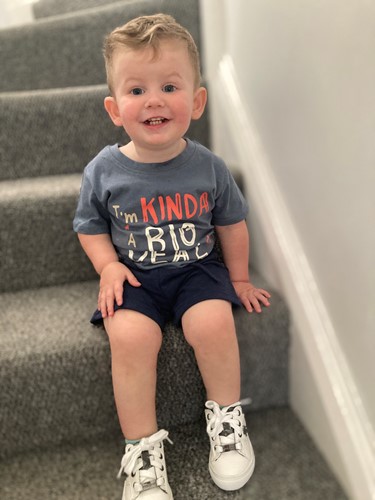 A local mother has praised the innovative ‘Bedtime Babies’ MRI clinic at University Hospitals of North Midlands NHS Trust (UHNM). 23-year-old Tiegan Smith, of Meir, brought her son Kaison to the ‘Bedtime Babies’ MRI clinic after he suffered a number of seizures. Babies and toddlers having an MRI scan usually receive a general anaesthetic as the scan requires them to remain still for a long time whist images are taken, but work in the clinic means the same images can be achieved without resorting to a general anaesthetic.

Staff on the Trust's imaging team aim to reduce the complexity of scans and to make the scan experience less stressful for patients and families.

UHNM is celebrating a year of the service, which also helps to reduce waiting times and cost to the NHS.

Tiegan said: “Kaison had three seizures during a 45-minute period. It was really scary and had never happened before. We were driving at the time and it was difficult to pull over. The clinic was brilliant.  I was so anxious about bringing him in because he doesn’t usually sleep very well, but the staff were great. We were able to take him for a walk around the hospital after he had the liquid and he was asleep within a few minutes. He stayed asleep for the whole of the MRI. I would definitely recommend the clinic.”

Children between 12 and 30 months are seen in a dedicated imaging clinic, which takes place from 6:30pm on Mondays at Royal Stoke University Hospital. Parents are asked to keep their children awake throughout the day and patients are then given a hormone in liquid form which occurs naturally in the body and helps to control sleep patterns.

The idea was pioneered by Royal Hospital for Children Glasgow and UHNM is now one of just a handful of NHS Trusts in the country to offer the service.

Thanks to the new clinic the waiting time for paediatric MRIs has been reduced by up to four weeks.

Mark Nowak, lead paediatric MRI radiographer, said: “We are really pleased with how the clinic is going and we know it’s making a real difference to families. Avoiding a general anaesthetic means the process is less stressful for the patient and their family and it saves time and cost to the NHS. We have also been able to reduce the wait time for patients who do need general anaesthesia by almost four weeks. At the moment we can only offer the clinic to patients who need a head MRI, but we hope to extend the service in the future.”

Dr Mary Jones, paediatric radiologist and lead for the project, said: “Not all children who come to the clinic will have a successful scan and some will still require a general anaesthetic, but our initial results are very encouraging and show that the clinic works for a considerable number of our patients.”

This clinic forms part of a comprehensive paediatric MRI service at UHNM.

Dr Marius Grima, clinical lead for paediatric imaging at UHNM, said: “We are always interested in service innovation and in making care less demanding on patients, their families and limited NHS resources.”

In addition to the ‘Bedtime Babies’ clinic, the Trust also runs two other services: ‘Kitten Scanner’ and ‘Feed&Wrap’, where children are able to watch their favourite videos or listen to music in the scanner to help them relax. These initiatives have helped to significantly reduce the number of children who receive a general anaesthetic for MRI scans.