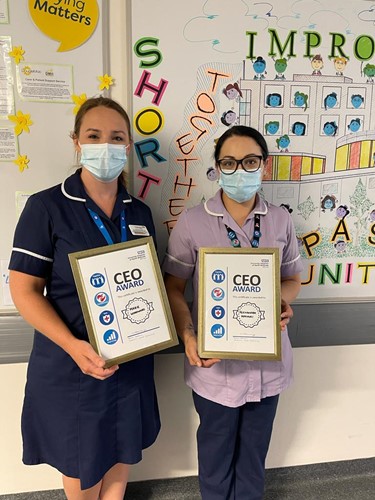 Left to right, Senior Sister Stephanie Albutt (collected the award on behalf of Marie) and Alexandra.

Marie Woodward and Alexandra Macavei were on a break and walking through the Lyme Building when they heard calls for help coming from a nearby toilet. They rushed to find a person collapsed in a pool of blood and immediately called the cardiac arrest team for further support, pulling the patient from the cubicle.

Alison Vaughan, interim lead nurse for operations, said: “On my arrival although visibly shaken, Marie and Alexandra remained calm and collected after dealing with a situation that would not be familiar to them. One had stayed with the patient while the other went to collect a cardiac arrest trolley. Their calm and professional actions deserve recognition.”

The patient recovered from the incident and was discharged home in the following days. 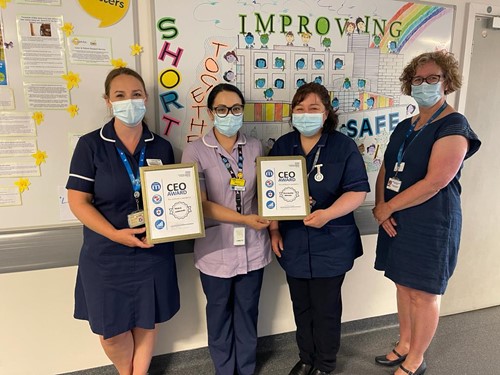 Marie and Alexandra have been given the Chief Executive’s Award in recognition of their actions.