UHNM Nurse thanked for helping a vulnerable member of the public 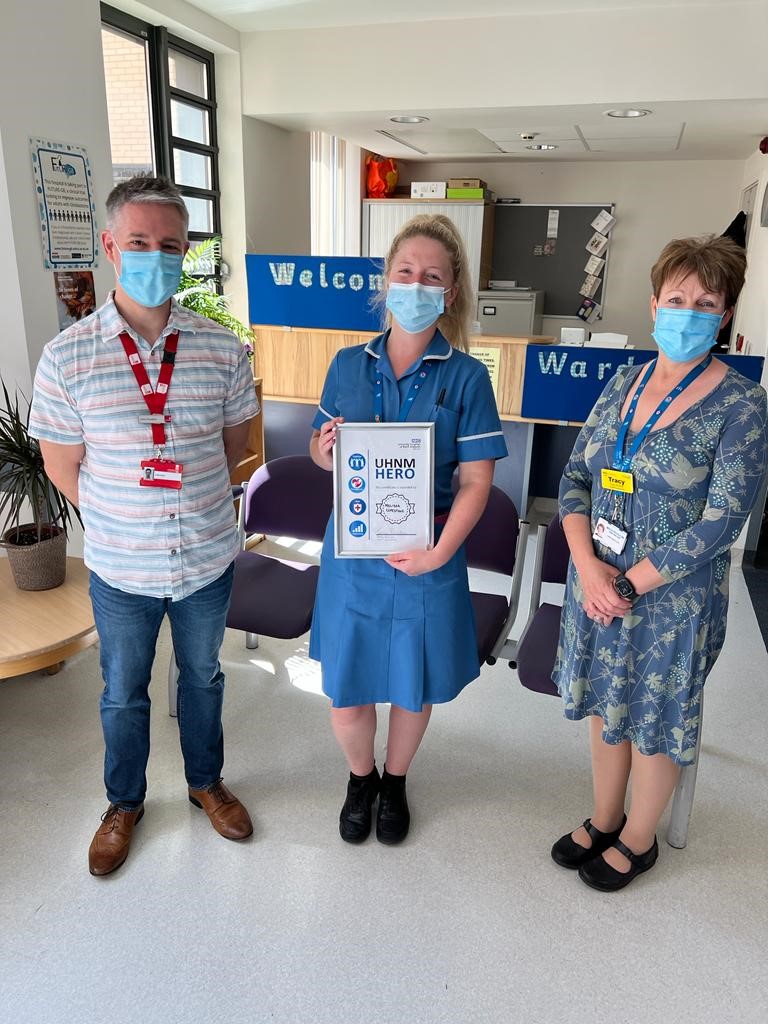 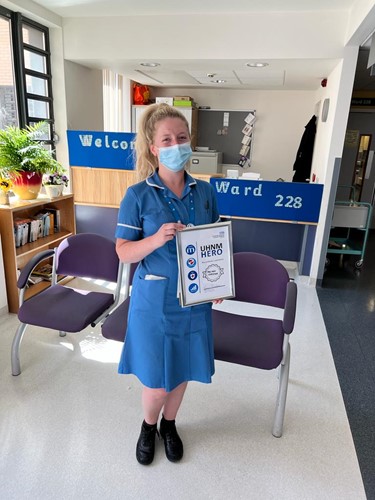 A newly-qualified nurse has been thanked for her role in helping a vulnerable member of the public.

Melissa Copestake, who works on ward 228 at Royal Stoke University Hospital, was off-duty when she provided medical assistance to a man in distress. Melissa worked alongside Adam Boughey, a lecturer at Staffordshire University - also a registered nurse - to assist the man and get him the help he needed.

Initially, Adam noticed a man sitting alone looking vulnerable outside his home in Porthill. Adam asked if he was okay and the man declined any further support. Over the next hour, numerous people stopped to approach him to check if he was okay. However, Adam became concerned when he saw his neighbours suddenly rush over to him.

Adam said: “I went out to see what was happening, and I saw the same man on his side with facial grazing, clearly in a much worse state than when I saw him earlier. There were two neighbours present from the crescent where I live, and Melissa was already on the phone to a 999-call assessor, along with offering comfort, reassurance, and support.

“As Melissa was occupied with the call assessor, I conducted some clinical assessments and checked his radial pulse, which was steady. It was a real team effort as initially he was reluctant to interact, but we were able to gain his trust and confidence.

“Whilst we were there offering support, the man reported being in pain all over his body and he quickly became unresponsive and appeared to have stopped breathing. Immediately, myself and Melissa positioned the man onto his back, and commenced emergency care. Melissa continued to remain very calm and professional with the call assessor, who helpfully advised us, and I commenced chest compressions.

“Needless to say, we were all relieved when he came around. We managed to get him into the recovery position and the 999-call assessor escalated the call.”

Adam and Melissa completed a handover to the ambulance crew who immediately commenced physical observations and emergency assessment. He was successfully positioned onto a stretcher and taken into the ambulance for treatment.

Adam added: “Melissa was very responsive and demonstrated exemplary compassionate care and respect for this man. Melissa is an absolute credit to the profession.”

Melissa has been given the UHNM Hero award in recognition of her actions.

Tracy Bullock, Chief Executive, said: “Melissa is a newly-qualified nurse and has, as might be expected, faced many challenges as she has transitioned into the role in a very busy acute care environment. It is very commendable that Melissa had the confidence and competence to provide emergency care in this situation.”