999: Critical Condition: Motorcyclist on the road to recovery after head-on collision 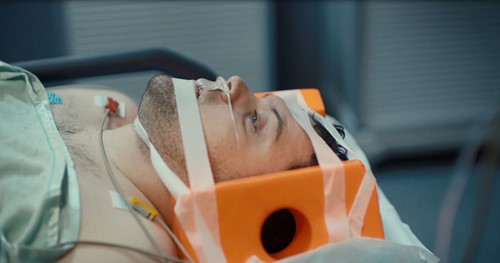 A 30-year-old motorcyclist from Merseyside, who was airlifted to University Hospitals of North Midlands, following a head-on collision, will feature in the latest episode of 999: Critical Condition.

Mark Kempsell, from Newton-le-Willows was traveling home from work when he decided to take a scenic route home. As the journey progressed, Mark turned on to a bend and was involved in a collision with a double cab pick-up truck.

Initially hitting the windscreen of the car and thrown 25-feet, Mark was knocked out and woke up with members of the public trying to help him. Within minutes, Wales Air Ambulance arrived, treated his injuries and managed his pain relief so he was stable enough to fly to Royal Stoke.

He was admitted to Critical Care where the team assessed the extent of his injuries and provided life-saving care. Following scans and tests it was discovered that Mark was suffering from multiple injuries including a fractured neck, forearm and pelvis which would need to be treated urgently.

Mark endured eight hours of surgery to fit plates to both his arm and pelvis and was discharged on his birthday, 13 days after he was admitted. He continued his recovery over the next two months at his family home.

Mark, a Retail Agricultural Manager for the Co-op said: “The care at Royal Stoke was absolutely fantastic; ward 226 and 227 were brilliant and Critical Care was incredible too. The nurses, doctors and consultants who cared for me were excellent.

“I was treated with compassion, I felt like everyone understood me and what I was going through. They are all just brilliant people and I can’t thank them enough!”

Continuing under the care of Royal Stoke, follow-up appointments are on-going every couple of months. Mark is on the road to recovery and is now back at work on a phased return.

Also in the final episode of the critically-acclaimed series staff at Royal Stoke battle to save the life of 52-year-old Helen who was involved in a head on collision with a bus; Dr Sanjeev Nayak treats one of his youngest ever patients - 35-year-old Daria - who has a life-threatening aneurysm in her brain and 80-year-old Fred who has fallen down the stairs at home and has a significant head injury.

All previous episodes are available to view on My 5. 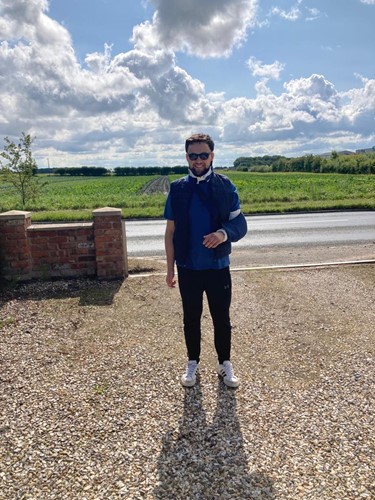