Staff at University Hospitals of North Midlands NHS Trust (UHNM) have been recognised for their “genuine care and compassion” after treating a pensioner at Royal Stoke. 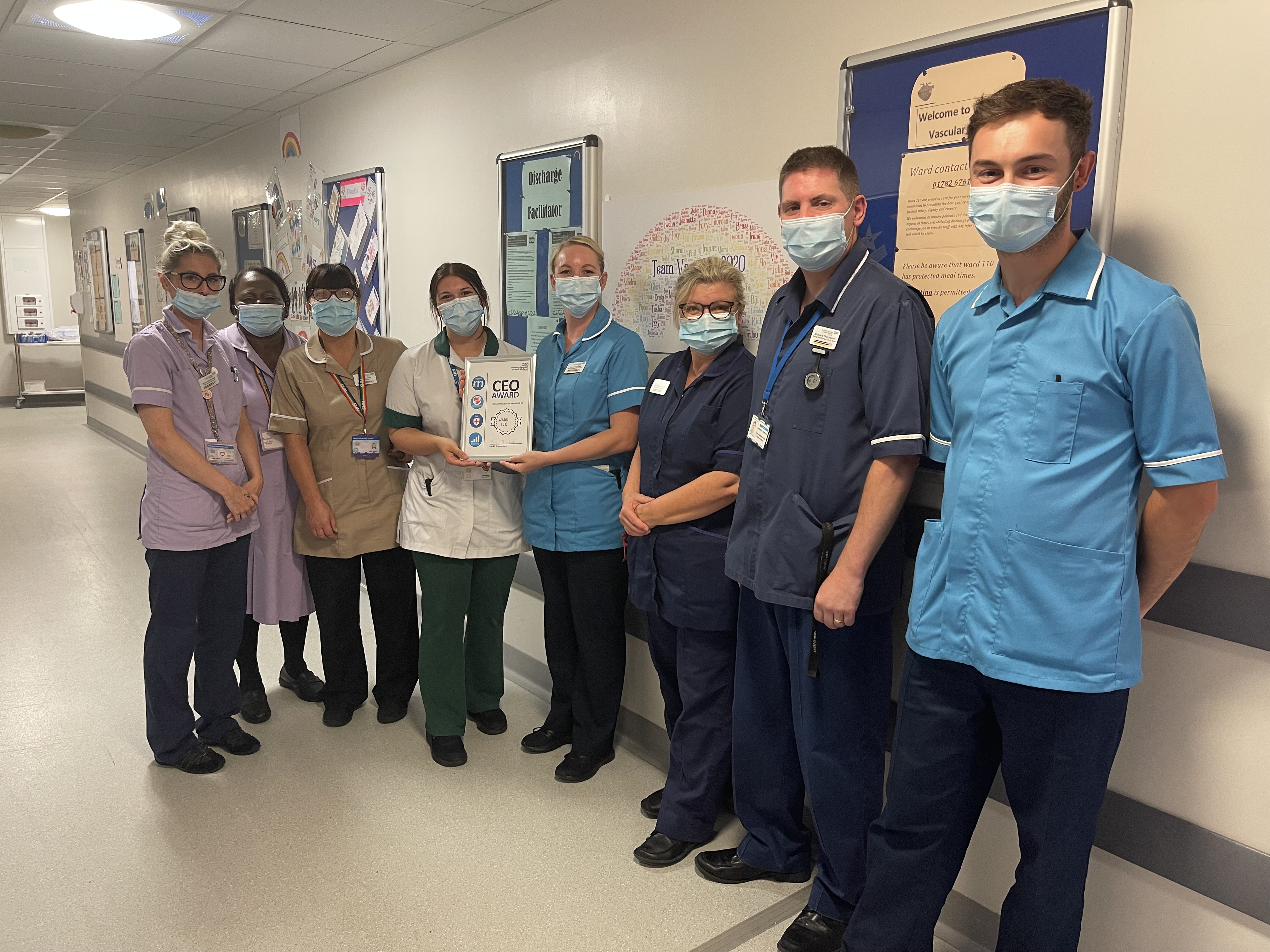 d staff on Ward 110 for a Chief Executive Award after they cared for mother Janet Donaldson following a hand amputation.

Fran, from Newcastle-under-Lyme, said her mother had been visiting from London when she attended A&E because an existing condition relating to blood clots in her hand deteriorated.

She said: ““On her last vascular appointment in London the surgeon put her forward for amputation but was told it would be around two months’ wait. I brought her to Stoke-on-Trent to try to be supported and put some weight back on, then she would go down for the operation.

“Unfortunately though mum had issues with her hand changing suddenly and we ended up in A&E and ultimately in surgery at Royal Stoke.

She added: “Once my mum had been admitted from the moment I saw her the next day she seemed like a different person. The initial conversation with Mr Robin Calderwood had comforted her so much, even though things were now in the final stage and it had become a reality that amputation was really going to happen, she was still happy.

“Every member of staff was so caring and supportive. I was bowled over; from the short visits I could see how hard everyone worked, they never stopped moving and doing, but at the same time if my mum expressed any kind of need they answered the question and were looking at her and listening to her, making sure they understood and then dealing with it.”

Fran said: “My mum was like a different person immediately and I truly believe it came down to the care she received. The genuine care and compassion of people doing their jobs to a really high standard and still having time to support that person emotionally. I felt genuinely overwhelmed and humbled by seeing so many people doing this consistently.

“On the ward they were so kind, compassionate, professional, supportive, efficient, responsive and caring. That more than just the physical treatment is what I think changed my mum’s situation for her. They treated her like she mattered and it was ok to ask for help.

She added: “The level of care, passion, commitment and hard work of so many throughout the different parts of the service was evident.

“I run my own business and without knowing what the jobs entail it's clear the staff are always working hard. To layer on top of that the care and humanity they show I have been genuinely moved by this experience.”

Janet is now doing much better and planning for the future. The team on Ward 110 have been given the Chief Executive’s Award in recognition of their outstanding care.

Tracy Bullock, Chief Executive, said: “I am really proud to present the award to everyone on ward 110. The letter we received from Fran is real testament to the care the team provide to their patients. Congratulations to everyone.” 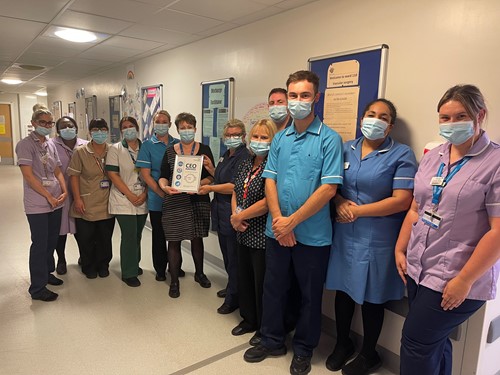