It’s a busy night for Trauma Team Leader Julie Norton, who is juggling two life threatening cases who arrive at the Emergency Department within minutes of each other. Both have potentially fatal hidden injuries. Lewis, 18, is an emergency transfer from another hospital who has suffered a cardiac arrest after being stabbed in the chest with a 20cm kitchen knife. Whilst his life has been saved by open heart massage, Julie knows that there’s huge risk that he has suffered other internal injuries in the attack which may be still be bleeding and she must act fast before his condition deteriorates again.

At the same time Eric, a Welsh farmer, arrives in huge pain after being head butted by his favourite cow. Whilst Eric’s laboured breathing immediately suggests a chest injury, Julie is also worried about any other damage which might not be so obvious. A CT scan reveals a bleeding artery in Eric’s liver and the race is on to get him to surgery before it’s too late.

For Vivienne too, time is of the essence. She’s been diagnosed with an aneurism in one of the body’s major vessels and has a ‘ticking time bomb’ in her head which she’s worried will erupt. For surgeon Dr Nayak, there’s not a moment to lose, as he knows that if Vivienne’s artery bursts, her chances of survival are slim.

Finally, Andy is brought in with multiple injuries after a motorcycle accident. With broken ribs, spinal fractures and chest injuries, Julie Norton breaks the news to his wife and teenage family that whilst Andy has miraculously avoided paralysis, it’s likely that his condition will deteriorate before he improves. 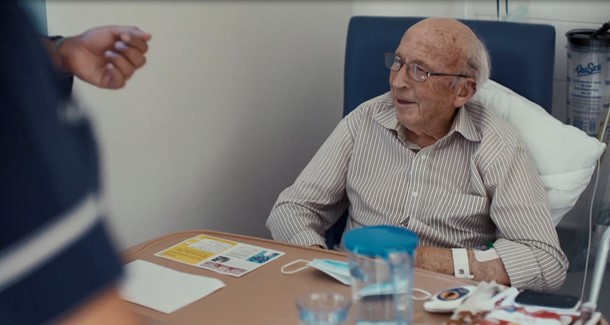 A retired farmer from Wales who was airlifted to University Hospital of North Midlands after being injured by a cow is to have his ordeal featured on in the latest episode of 999: Critical Condition.

Eric Morris, of Llanfyllin, was critically injured when he was charged by a calving cow on his farm in August last year and was flown to Royal Stoke University Hospital where he received specialist care in its Major Trauma Centre.

The incident happened last year as Mr Morris and his wife Pamela looked after a cow on their farm on behalf of a family member who was away for a few days.

At the time Mr Morris, 87, said: "The cow had calved and I had the iodine in my hands when she decided she didn't like me and charged. I don't remember too much else.

"I remember Pam dragging me away – she could see I was in awful pain. Next thing I could hear a helicopter coming in on the field.”

In the programme, which is on Channel 5 at 9pm on Wednesday 26 July, Dr Julie Norton , Trauma Team Leader and Emergency Medicine Consultant is obviously concern about his injuries after a CT scan reveals a bleeding artery in Eric’s liver and needs to get him to surgery before it’s too late. 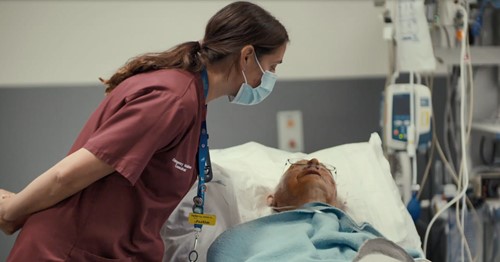 She says: “For that age; for that chest injury; a liver injury on top of that, he has got a significant mortality risk and he may well deteriorate and there will be some very difficult decision making to be done …. it’s unusual for people of that age with those level of injuries to do well. The next few days will be very important.”

While at Royal Stoke, Mr Morris had to undergo two operations to repair his liver and cracked ribs and has made a good recovery.

Also in Wednesday’s episode, 18-year-old Lewis has suffered a cardiac arrest after being stabbed in the chest with a 20cm kitchen knife; Vivienne is  diagnosed with an aneurism in one of the body’s major vessels and has a ‘ticking time bomb’ in her head which she’s worried will erupt and Andy is brought in with multiple injuries after a motorcycle accident.