This powerful, award-winning documentary series follows doctors and their teams as they work to save the lives of the most critically ill emergency patients.  Filmed at Royal Stoke University Hospital, each programme witnesses urgent life-saving care as the staff treat patients with a wide variety of critical conditions including heart attacks, strokes, stabbings and fast-moving cancers.  With extraordinary access to NHS staff and the patients and families involved, the series follows their efforts to provide time critical, emergency care for those whose lives hang in the balance

This week at Royal Stoke, motorcyclist Danny is rushed into the Emergency Department following a high-speed road traffic accident in North Wales. He’s already had two chest drains inserted into his lungs at scene to save his life, but what immediately concerns Trauma Team Leader Diane Adamson is his blood pressure, which remains stubbornly low. Suspecting that he is bleeding internally, Diane rushes her patient to the CT scan, aware that his condition could deteriorate drastically if the problem isn’t diagnosed quickly.

Across the hospital, dialysis nurse Rita is booked in for life-saving surgery to remove her cancerous kidney. This is a time-critical procedure. The tumour is large and is starting to grow into Rita’s veins, and Consultant Urological surgeon Mr Golash, knows that he must act fast before the cancer spreads and the situation becomes inoperable.

Back in A&E, Trauma Team Leader Vicky Burnham helps Yuen, a 49-year-old female rushed in after being crushed by a tree. With a transected pancreas and a laceration to the liver, Yuen is in a critical state and Vicky fears she may have to go straight into emergency surgery. But the results of the scan cause a dilemma for consultants – should they operate, or should they not?

Finally, the pressure is on for Trauma Team Leader Richard Fawcett, who needs to stabilise Chris, a marathon runner who has collapsed during a race with heat stroke. As his internal temperature soars, Chris’ body literally starts to cook itself to death and he begins to have seizures. Richard knows that he has to act fast, as he has a limited window to cool Chris down urgently, before his patient has multiple organ failure.

Dialysis Nurse recovers from tumour the size of honeydew melon

A dialysis nurse from University Hospitals of North Midlands found herself on the other side of care she usually provides after being diagnosed with a life-threatening tumour the size of a melon on her kidney.

Rita Smith, who works in the Renal Unit at Royal Stoke University Hospital, appeared in Wednesday’s (13 July) episode of 999: Critical Condition – the Channel 5 documentary which is filmed exclusively at the hospital.

In the episode Consultant Urological Surgeon Mr Anrug Golash was seen in theatre removing her large tumour which he described as being as big as a “honeydew melon”.

Today the mother and grandmother, said: “I had been getting palpitations and not just in the chest but in the throat too and one evening I was home alone and felt really poorly. It was in the height of Covid-19 I didn’t want to call 999, so lay in the recovery position until my husband came home from his night shift.

“It was in the morning that I thought I really don’t feel right so I did eventually go to A&E and it was from there I was referred to cardiology.”

Following tests and scans Rita was told they had discovered a significant mass in her belly and was referred to Mr Golash and the multi-disciplinary team. 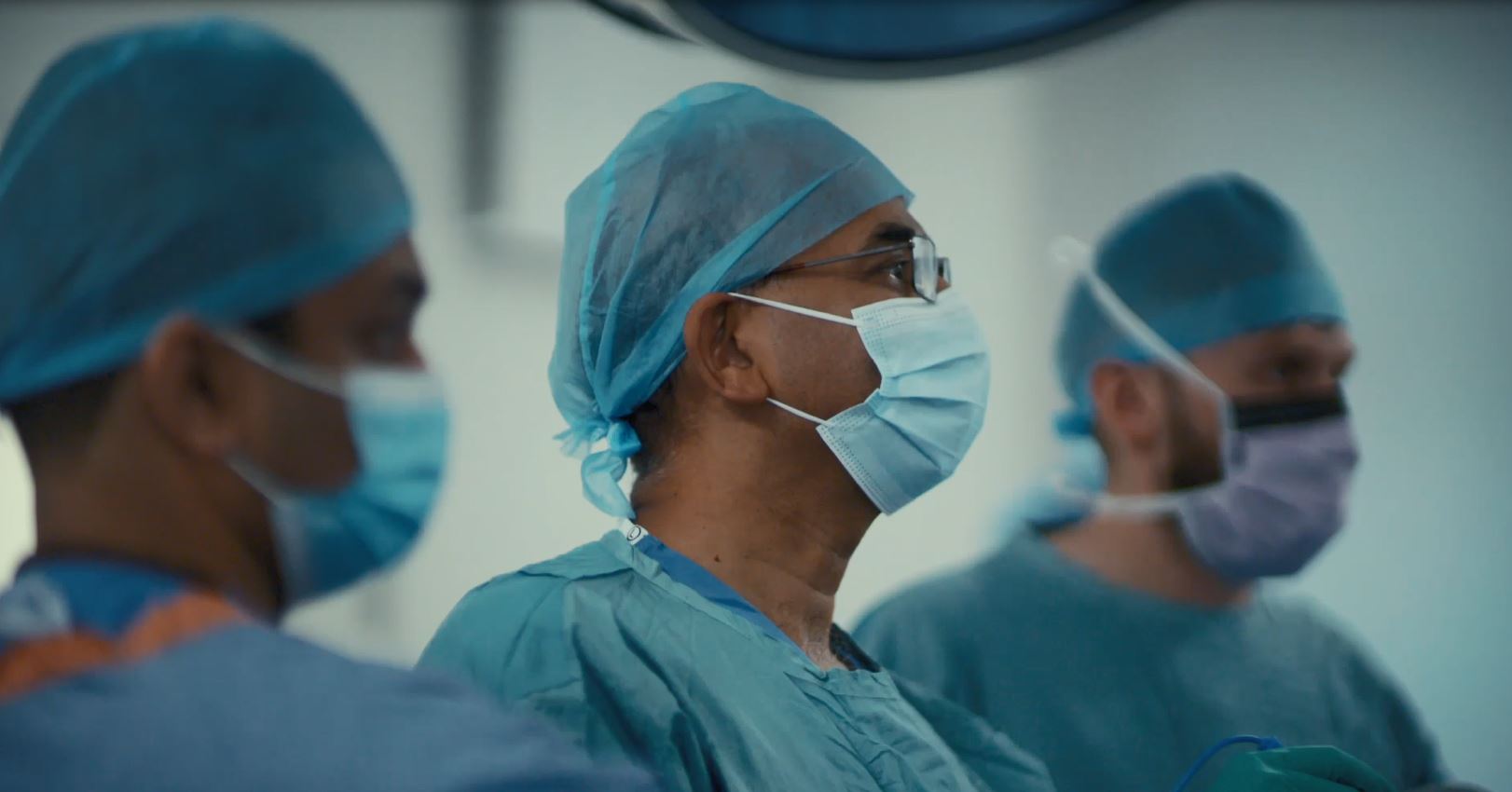 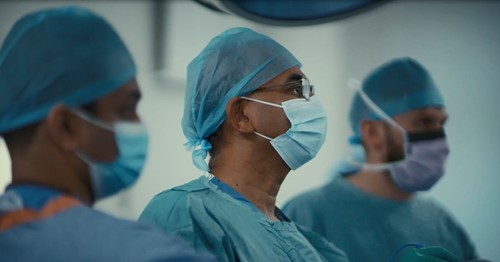 Rita, who was one of 19 Fijian nurses who came to work at Royal Stoke in 1999, said: “Being clinical I instantly knew that it must be serious if I was being referred for an MDT and I tried to be calm. I was in denial for a while and didn’t want to use the word cancer and just referred to it as a mass. Mr Golash was amazing and was so honest with me. As he was talking I just felt overcome with peace, something happened and I just knew I was in safe hands.”

After her operation was delayed because she contracted Covid-19, Rita was eventually admitted for the operation to remove the tumour.

“It was strange to be a patient and really hard to be on the receiving end of care and treatment. I tried my best to not let people know I was a nurse but it was so hard not to let it slip or say something that gives it away. The care I have received from everyone has been absolutely amazing and I can’t thank them enough. I am proud to work at Royal Stoke and even more so now I have received care directly,” she added.

Rita is currently well and most recent scans showed no residue of cancer and her palpitations have stopped.

You can watch Rita’s story in Series 4 Episode 5 999: Critical Condition on Channel 5’s My Five.