In this episode, Trauma Team Leader Dr Chris Pickering and neurologist Dr Sanjeev Nayak deal with critical patients where there are many unknowns. 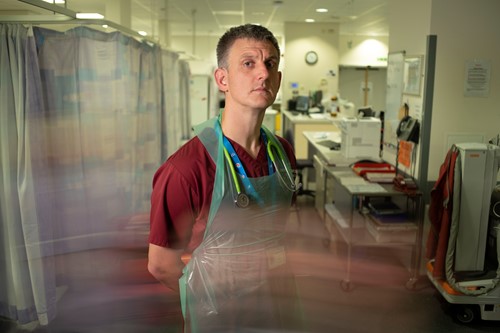 Will is rushed in after being stabbed multiple times by several assailants. He is clearly in pain and the injuries could be life-threating. Dr Pickering must quickly work out the trajectory of the knives used and how severe the internal injuries are.

Meanwhile, Fiona, a 38 year old mother, has had a severe stroke.  She is paralysed down one side and can’t speak. Flown to the hospital via helicopter, Dr Nayak must attempt to remove the clot inside her brain.

Back in Resus, Ivan arrives in cardiac arrest. The team give him lifesaving CPR, but he remains in a critical condition. He now needs a triple heart bypass to give him a chance of surviving.

Meanwhile a woman has collapsed with a mystery illness, while Dr Pickering deals with a farmer who has had a major accident on his quad bike as he tried to stop a cow running onto a road. He’s been hit by a lorry, but the team need to work out the extent of his injuries.

This unflinching episode of 999 Critical Condition delivers an intimate portrait of life-saving medicine through the eyes of those who live it – the staff and the patients.

Meet the team from Episode 5